When you think of a coffee chain, the first brand that comes to mind is Starbucks. Well, maybe that's true, depending on where you live.

A map of America shows a nation divided - on coffee chains. 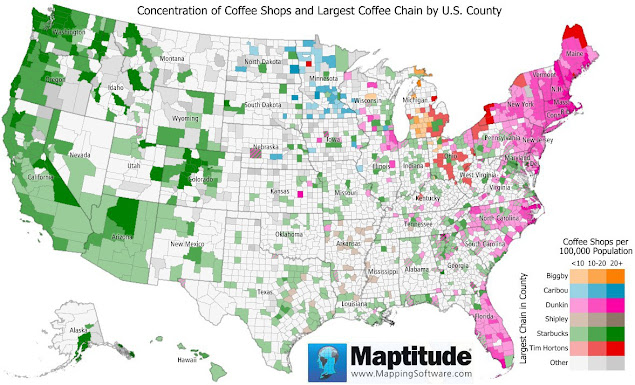 This map, developed by Maptitude, shows America's most popular chain by county. As you can see, the West Coast and some of the nearby states are dominated by Starbucks, until you get closer to the East Coast where Dunkin Donuts has a stronghold. Sandwiched between the two powerhouses are some of the smaller chains such as Caribou, Shipley, and others.
Looking at the map, it is easy to tell that Starbucks has control over a larger territory than all of the other chains combined, but there are areas that remain a home for smaller chains.
But this still poses a few questions such as: "What is America's favorite coffee chain?" and "Does presence equal preference?". 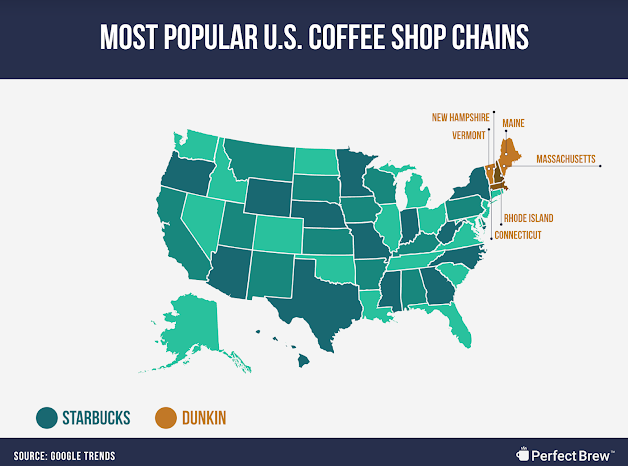 As we can see from the figure above, provided by Perfect Brew, presence does not always mean preference. The Dunkin Donuts-saturated East Coast appears to prefer Starbucks, with exception of 6 states.
Here at KBA Coffee, we have to agree that Starbucks would rightfully be the more preferable coffee chain if we had to choose. The three of us have had more experience with Starbucks, and prefer their coffee over other large chains, and it appears the majority of America would agree. 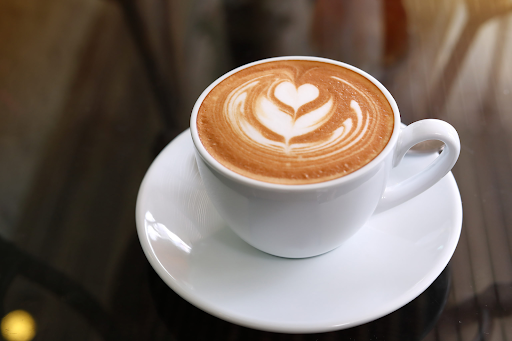 What's Your Cup of Coffee?